Pratik shares how paying attention to his mood and getting his health on track through changing his diet helped him recover from depression.

"Patience with yourself will preserve your energy to recovery." 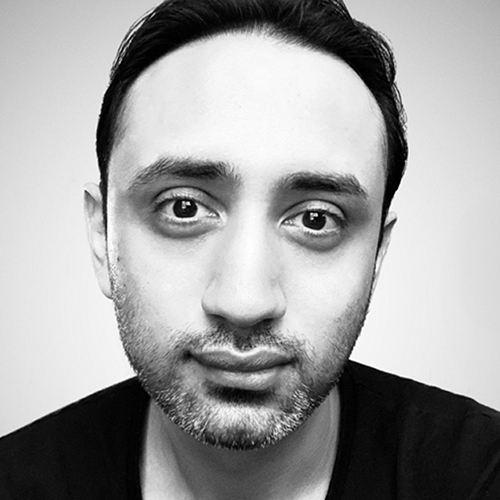 I am 36 years old and work in the visual arts field as a photo editor and educator.

I would say that ever since college, I have felt like I’ve had low lying levels of depression hover over me constantly. No matter what seeming changes I made, it kept following me like a cloud that I befriended because it wouldn’t leave me alone.

The turning point came only a few years ago when I realized what a strong grip it had on my life. I felt annoyed at anything that would happen on a daily basis, and a lack of motivation to do anything, even the things I was supposedly happy about doing. This included the many plans I had to cancel because I wasn’t feeling positive. I did the absolute minimum in life just to get by and that was my life.

There are days that still creep up, but I am doing better now more than ever. It was killing my potential that I wanted everyone to see!

I always felt it was harder to talk to people about this, but it really helps to feel like you’re not alone. Look into joining a local support group or talk to a friend about it. Opening up is hard, but we need community and support. Also, know this isn’t forever, we feel like this will be how we’ll be but remember we change physiologically into new people. We weren’t who we were when we were kids or teenagers, and we will be someone different in the future.

Focus on the future and keep focusing on trying different options, till you find what works for you. I ended up finding out depression wasn’t happening to me because of the situation I was in, but the mental illness that put my mind in a state that made me react extremely negatively to every stimulus. It’s a vicious cycle, but it can be broken and you can take control.

Throughout October 2021, we are sharing stories of recovery and practical tips from men who have overcome the worst of their depression.

Steven shares how he stopped judging himself and how therapy, building a support system, and medication helped him overcome depression.

Russell shares how acknowledging and accepting his past, helped him to grow beyond them and move forward in his fight against depression.