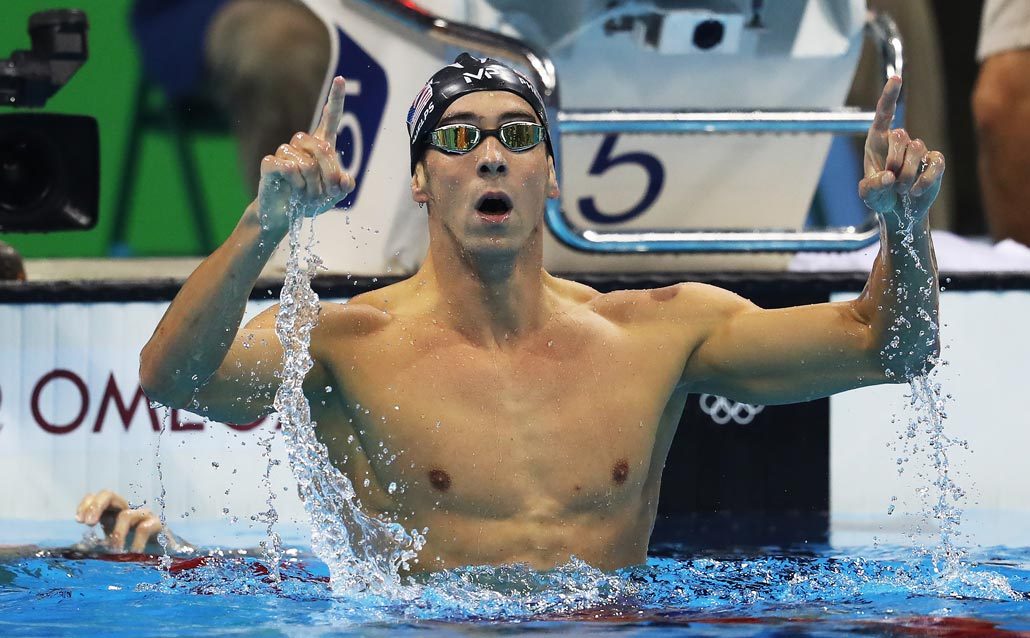 22 Male Athletes Speaking Out about Depression

This October, we are sharing quotes from male athletes from around the globe who've fought depression, highlighting the importance of speaking up and reaching out.

Depression does NOT mean weakness. You, too, can reach out and get better.

Fame and fortune don’t make you immune to depression. Like cancer, diabetes, or other health problems, depression can happen to anyone. Though rarely talked about in the world of sports, professional athletes are now sharing their stories of battling depression, shining a light on a prevalent and important health issue in sports and beyond.

Asking for help with anything can be difficult, the good news is that help is available. Learn how to reach out or support a friend. “I found that with depression one of the most important things you could realize is that you’re not alone. You’re not the first to go through it… I wish I had someone at that time who could just pull me aside and [say], ‘Hey, it’s going to be okay.'” “I thought maybe I could help people with awareness, help men get the strength and courage… I have run into people who have made fun of me, some of my colleagues. I’ve had people try to make light of it. Depression is not something you make light of. It’s serious.” “I’m seeing a couple of doctors and speaking to people and letting people know what I’m dealing with, how difficult the grieving process is.” “It’s like a weight is pressing down on you. There are days when you just can’t get out of bed. You cannot face the world. You tell yourself simple things like: ‘Just get to the kitchen and get a glass of water.’ But not being able to do something so basic is frightening.”

Swimmer, Australia
5x time Olympic Gold Medalist
“Ian Thorpe: ‘I was surrounded by people but had this intense loneliness” “Talking and trusting close friends continues to help. So that’s the why I am sharing this, because if anybody reads what I have written and it strikes a chord, I hope it encourages them – encourages you – to talk to someone.” “We’re out of our comfort zones with depression. I certainly was and whenever I have bad days now I speak to someone to get it off my chest. I have no shame telling that and that’s why I’m here today.”

Professional boxer, UK
Multiple world titles at light-welterweight, one at welterweight
“Ricky Hatton: ‘I tried to kill myself several times'” “Getting help [for depression], for someone like me who saw getting help as a weakness, was a big step. I did an awareness campaign and that first step was really difficult for me. I thought people were going to think I was mad.” “I wasn’t doing the things that I should have been doing to maintain my mental well-being and once you start getting into a spiral of secrecy and masking your emotions and running away then it is exactly that; you spiral down and it’s incredibly difficult to stop.” “But that fall, when the new season started, I went through the same dark cycle that I witnessed firsthand with Monty [friend and teammate who died by suicide]. I went in with my eyes completely open, but I just couldn’t stop it. I started isolating myself. I felt like I didn’t have a purpose. I fell into a deep and dark depression.” “But once I got through it, I had some techniques. Set little goals for yourself and build from the positives. Little things like get up, eat breakfast, go to this class, start a book, go shopping for something, as small as those things seem, when it was at its worst point you don’t even think of doing stuff like that. But once I got things turned around, it kind of started rolling on its own and it kind of had a snowball effect but in a positive way.”

NBA Player, US
6’11” center, known for his defense and shot blocking
“Stiemsma’s battle with depression, and the man who saved him” “I want to be the most confident, strong person I can be for my son but at some point I might falter and that’s fine. Men must realize there’s no shame in feeling vulnerable or putting yourself out there because everyone’s going to be vulnerable at some point.” “Knowing that there are people that will face the struggle with me is why I get up and get moving. I have to make the first step; no one can do it for me.”

Professional Golfer, Canada
Ambassador for the Bell Let’s Talk campaign on mental health
“How I Manage the Darkness Of Depression as a Pro Athlete” “I know I had the alcohol issues in the past, but you come to realize it’s a lot deeper than that. It’s depression and anxiety issues. I had to attack the way I was thinking. I re-trained my brain by being around Mairin and getting help. The foggy feeling I always had is now lifted.” “I want to open that door for guys… It’s hard for people in my field to respect mental health. We say that the game is 90 percent mental, but yet mental health doesn’t get the respect of, like, an ACL [knee injury].”

NBA power forward, US
15th overall pick in the 2010 NBA draft
“The Battle Within Larry Sanders” “I remember sitting in my room for four or five days not wanting to be alive, not talking to anybody. That was a struggle for me … I reached that point where I finally realized I couldn’t do it alone”

Competitive Swimmer, US
Most decorated Olympian of all time with 28 total medals, 23 gold
“Michael Phelps Opens Up About Depression and Not Wanting ‘To Be Alive’” “I spent three months in the outpatient program at McLean, and in my time there, I learned the tools and skills to help me cope with my emotions. I learned different meditation techniques, and I spoke with doctors and counselors about what I was feeling to get a better understanding of where my emotions were coming from and how I could most effectively react and respond to them….Those three months changed my life.”

(On borderline personality disorder (BPD) and depression)
NFL wide receiver, US
6x All Star and Co-founder of Project 375
“The Players’ Tribune: The Stigma” “Being sectioned [receiving hospital inpatient mental health support] was the best thing that ever happened to me. Getting put in hospital meant I could stop, get myself sorted and come back stronger.” Photo by Roland Harrison/Action Plus via Getty Images

“I know talking about mental health problems is a difficult subject matter to many people, but I hope me being honest about my illness offers others some support and helps people realize they are not alone.”

Track and Field, hurdler and sprinter, UK
2x Olympian for Great Britain (twice for 400M hurdles, once for 4x400M)
“Athletics and Mental Health: My Story” (PDF) “I don’t think you should keep it [depression] quiet… I’m not embarrassed or ashamed about what happened. I view it as an injury. If I’d have pulled a thigh muscle, it wouldn’t even be a question.” “It’s something I’ve struggled with for a very long time and have been quiet about. I had this sense beforehand that a lot of people have struggled with similar things, but I didn’t quite understand the extent. I think it’s really a very common thing especially amongst runners and maybe even more so with ultrarunners. “

We need your input!

Eligible participants (18+) can enter a draw to win $250 CAD after completing the survey.