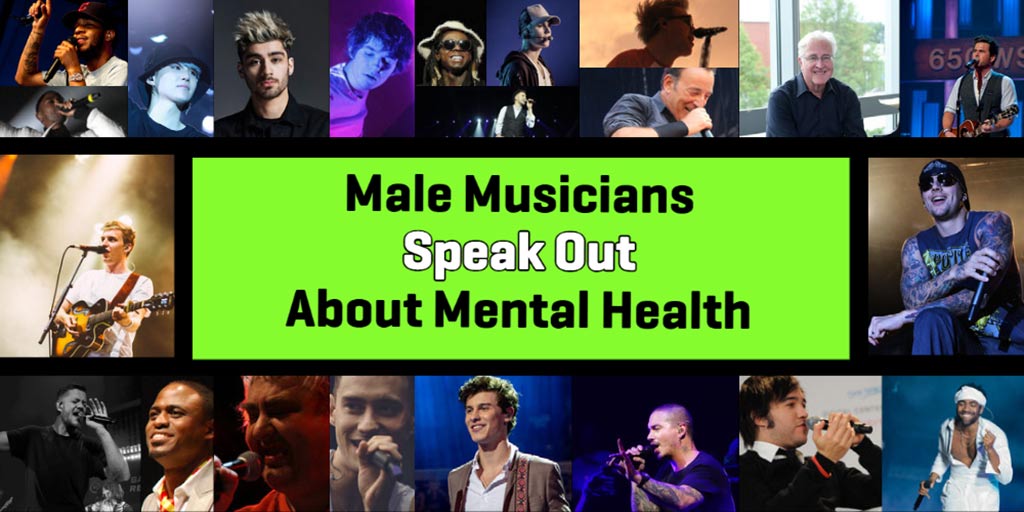 Highlighting male musicians from around the world who've spoken out about fighting depression, anxiety, and other mental health issues.

Written by Chloe Sernasie and the HeadsUpGuys Team

“Musicians have begun opening up about their personal struggles with mental health, using their platforms to raise awareness, reduce stigma, and remind us that we are not alone."

The life of a musician can seem glamorous, but between hectic touring schedules, isolation from loved ones, and the pressure of life in the public eye, the reality of being a performer is often incredibly stressful, and this strain can take a serious toll on a person’s mental health.

Fortunately, musicians have begun opening up about their personal struggles with mental health, using their platforms to raise awareness and reduce stigma. For our campaign during the month of February, we will be highlighting 22 famous male musicians who have spoken out about their experiences with mental health, serving as an inspiration and reminding us that we are not alone in our struggles. 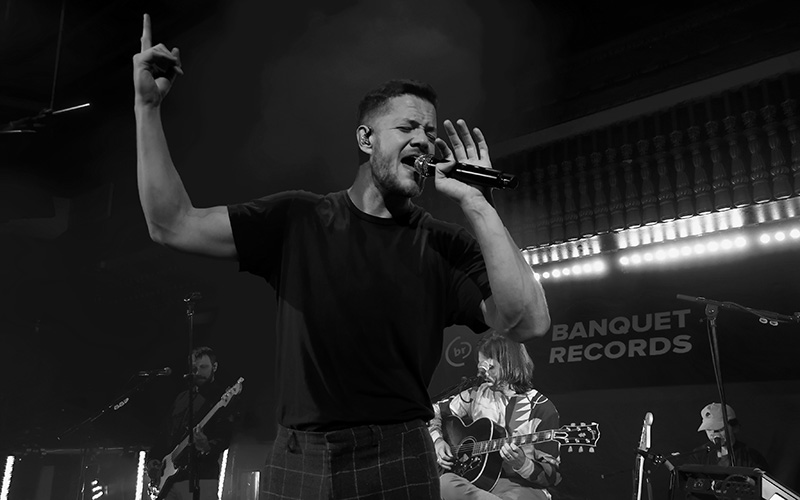 “Anybody who’s been depressed knows that it’s not [just sadness]. There’s a big difference… I lost interest in everything that I usually used to like. I became very anti-social; I didn’t want to go out and felt numb.”

“Behind the Brand With Imagine Dragons Frontman Dan Reynolds” 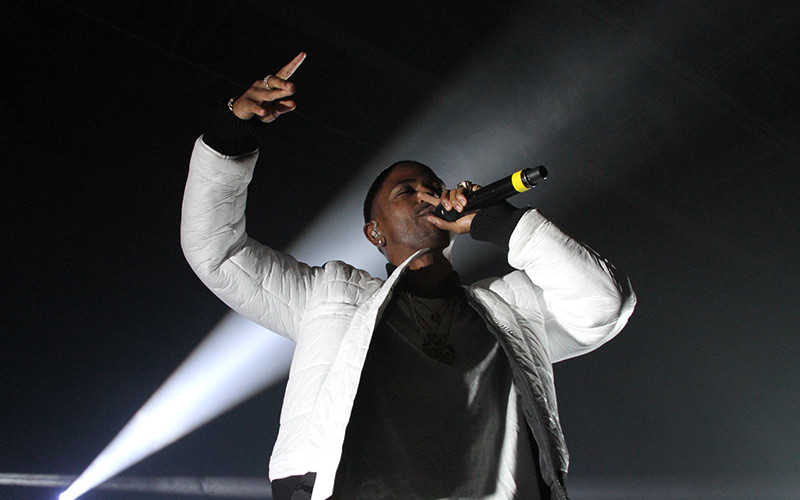 “I never really took the time out to nurture myself, to take care of myself. It took me a lot of depression, having a lot of anxiety to realize something was off…I’ve been getting myself together, getting my mind right. So I have been taking better care of myself.” 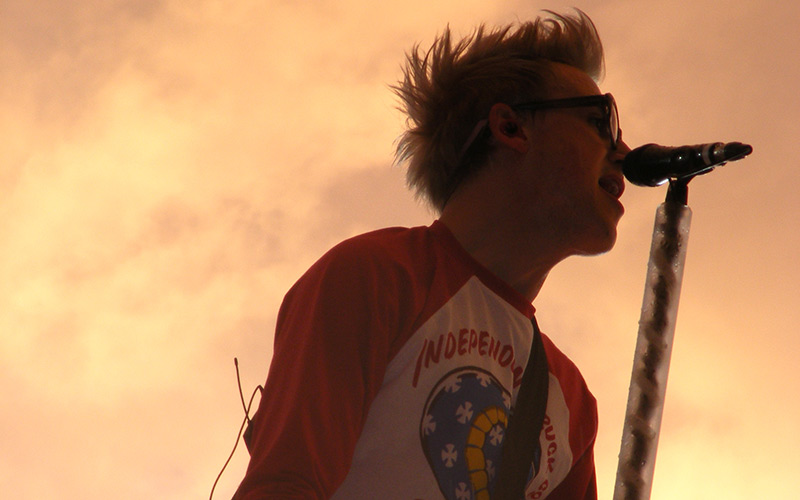 “I’d never been the most sociable of people, but I felt more anti-social than ever. I’d lost my enthusiasm for everything. You can’t remember what it’s like to be happy. The truth is, I’d have done almost anything to rid myself of the depressions….It’s extremely common, anyone can be affected by it. It’s nothing to be ashamed of and help is available”

“My Mental Health: 17 popstars talk about their struggles with mental illness” 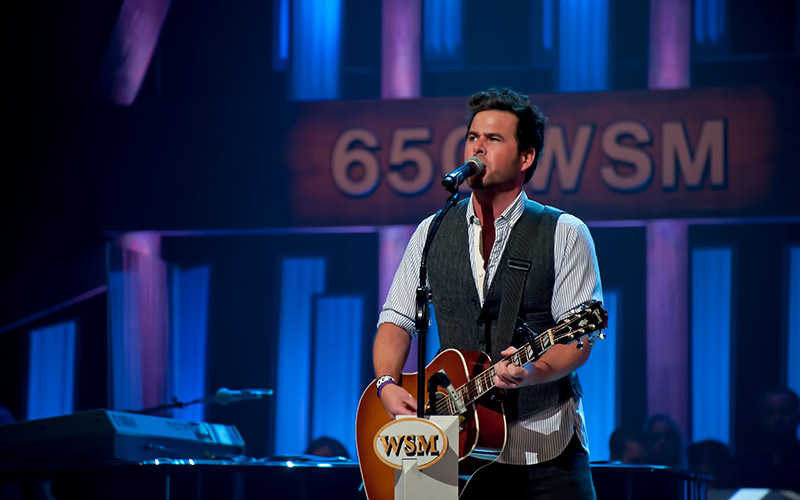 “As you grow more and more comfortable with that process [of therapy] and the person, it’s amazing all the things that you dig up that you never really knew bothered you before, and I just felt this freedom — I felt lighter. I’d held so much of this stuff in and I was, in essence, a ticking time bomb.” 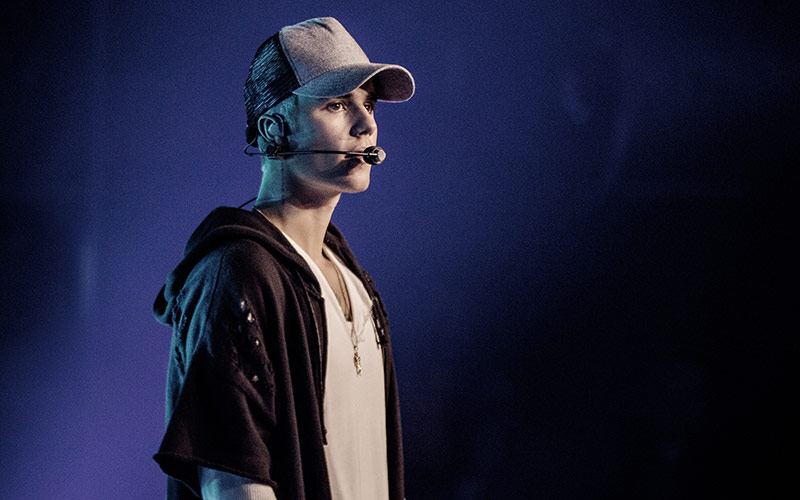 “I think that there was times where I was really, really suicidal, like really like ‘Man, is this pain ever gonna go away?’ It was so consistent, the pain was so consistent. I was just suffering, so I (was) just like, ‘Man, I would rather not feel this than feel this…I just would encourage people, ‘Hey, if you’re feeling lonely, talk about it. Say it out loud. There’s a freedom in that,” he said.” 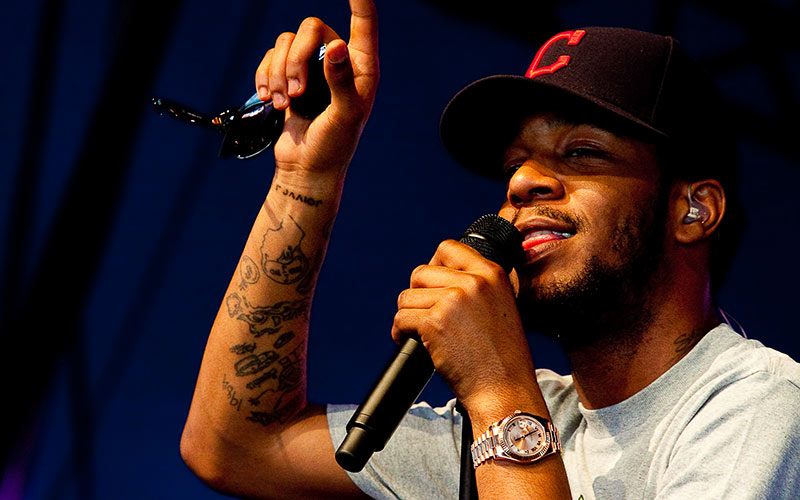 “I deserve to have peace. I deserve to be happy and smiling. Why not me? I guess I give so much of myself to others I forgot that I need to show myself some love too. I think I never really knew how. I’m scared, I’m sad, I feel like I let a lot of people down and again, I’m sorry. It’s time I fix me. I’m nervous but ima [sic] get through this.”

“My Mental Health: 17 popstars talk about their struggles with mental illness” 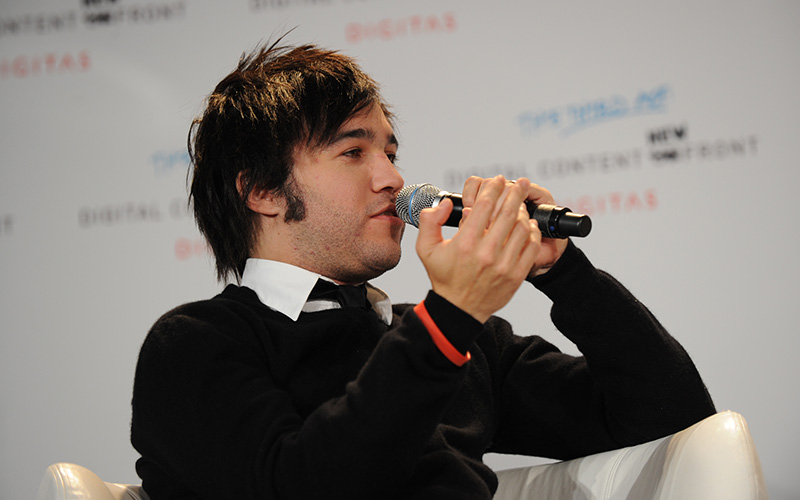 “My highs, my happiness are really high and my lows are very low and I’m not able to regulate between the two. Through actual therapy and having kids, it’s way more under control, and something I can see when I’m on the roller coaster and control it more.”

American musician, bassist and lyricist for the rock band Fall Out Boy 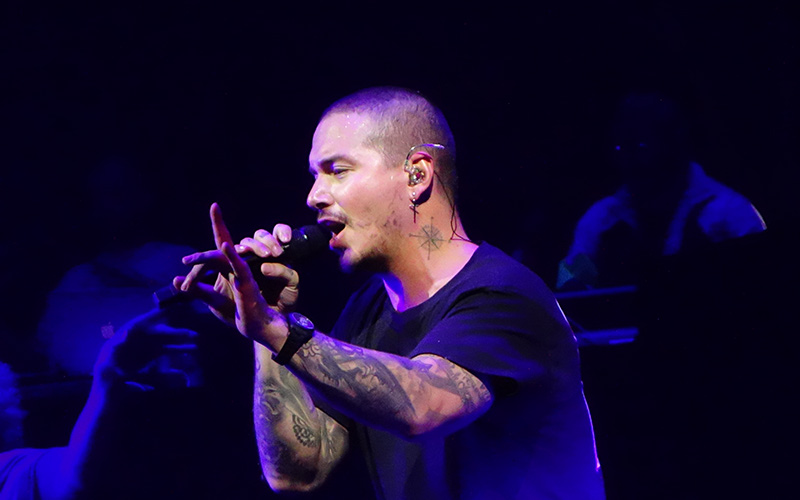 “I was just crying for no reason… and I didn’t know why… It’s okay not to be okay. I understand you, I feel you. I feel what you feel, you know? You might be having your ‘best moment in life’ and you’re feeling like s—. I feel you, I’ve been there. I’m going to that right now, but I still got this faith that everything is going to back to normal. I’m disciplined. I take my medication.”

“J. Balvin opens up about his depression: ‘I was waiting to die'” 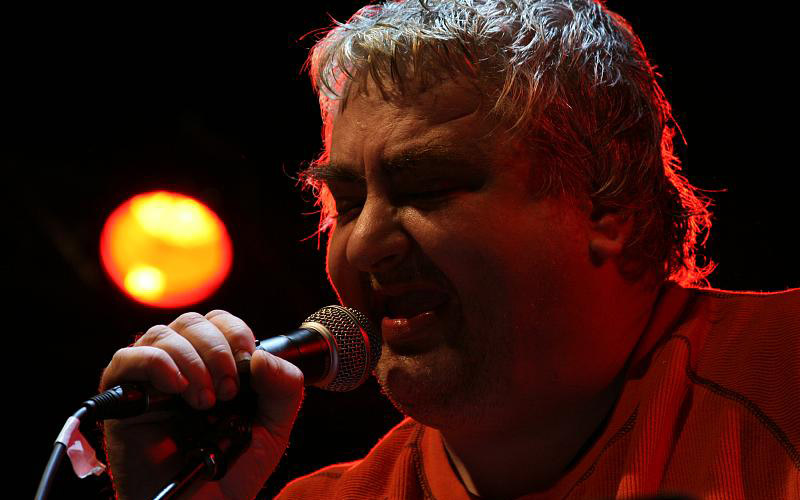 “Music is good therapy for me…Expression is the funniest thing that I can think of. It saved my life. I was a terrible manic-depressive. When I’d have severe attacks of depression, I’d go to the library or the comic book shop, and I just loved it.”

“For Daniel Johnston, Art and Therapy Were One and the Same” 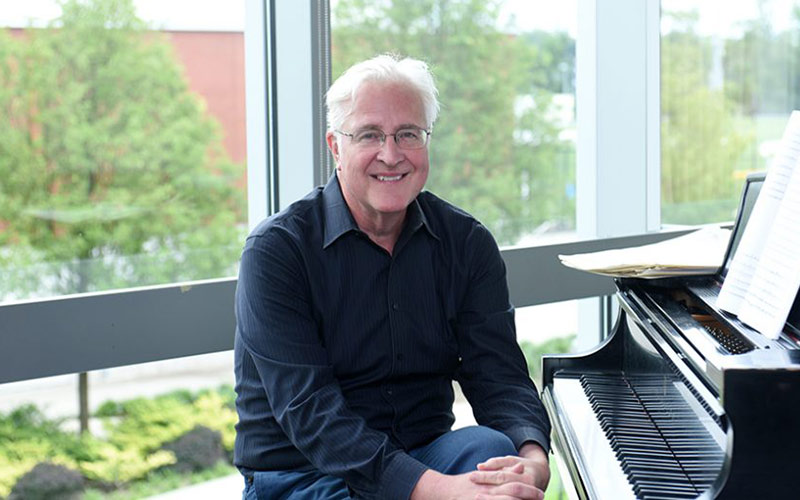 “Coming back from depression, I identified with Prospero and his melancholy and his downcast state. Through the power of imagination he improves his condition, and so that’s what I did as a composer….We all get depressed from time to time, but the suffering from clinical depression is unimaginable. I guess I’m proof that you can get help and go on. ”

“A Composer Who’s Weathered Some Tempests of His Own” 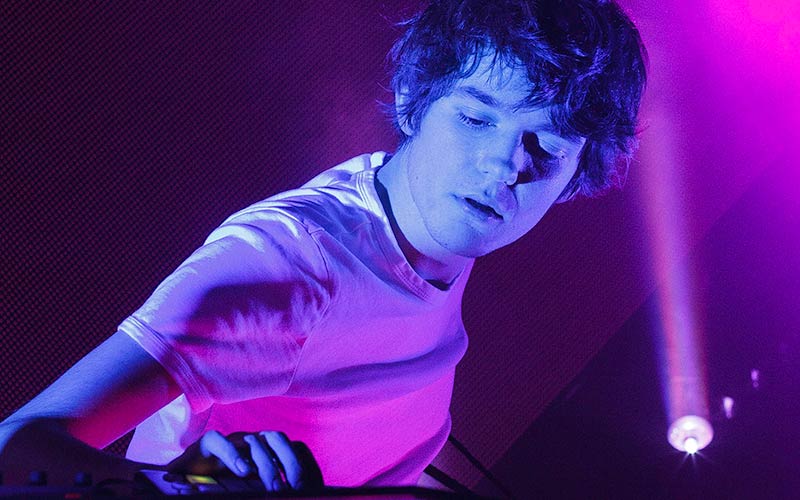 “After debuting the show at [Lollapalooza] I was more spent and depressed than I expected. I couldn’t feel anything at all. It felt wrong finishing and releasing music that celebrated joy when I couldn’t feel that joy at all anymore. So I decided to take time and put everything on hold for a bit.”

“EDM Musicians Are Opening Up About Mental Health, And It’s About Time”

“I’m comfortable now and feeling good [after struggling with depression], but those sorts of negative emotions come and go. So it’s almost like cold weather. It may come back in a cycle over a year, year and a half. But when I hear people say that when they listen to my music, and feel comfort and are consoled by those lyrics that express these emotions, that makes me feel very good. It’s very encouraging. I think, for anybody, these emotions are not something that need to be hidden. They need to be discussed and expressed.

“Suga on How BTS Stays Hungry After Conquering the World” 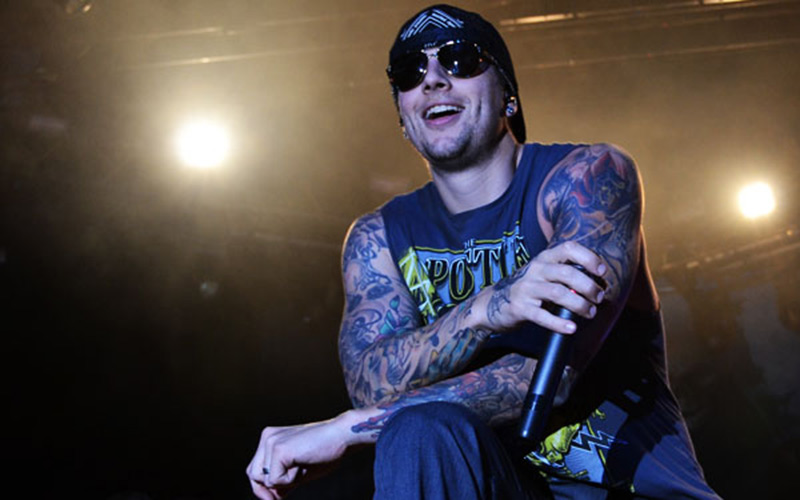 “All I can say is, I never knew what depression was and you could say the word over and over again to me and I’d never know what the depths of it felt like until I lost Jimmy [Jimmy Sullivan, fellow Avenged Sevenfold band member]. I went through about three years when I couldn’t do anything, so I went to go talk to someone and it was the hardest three years of my life. I would shake at night and have anxiety of anything I was doing, I couldn’t sleep, y’know off the wall, random…All I can say to people who don’t think depression is a real thing, or say ‘just suck it up and get over it’ – they just really have no idea. You have to give people the benefit of the doubt that they’re doing the best they can to get through it.”

“Avenged Sevenfold’s M Shadows on depression: “Never tell someone to just ‘get over it’” 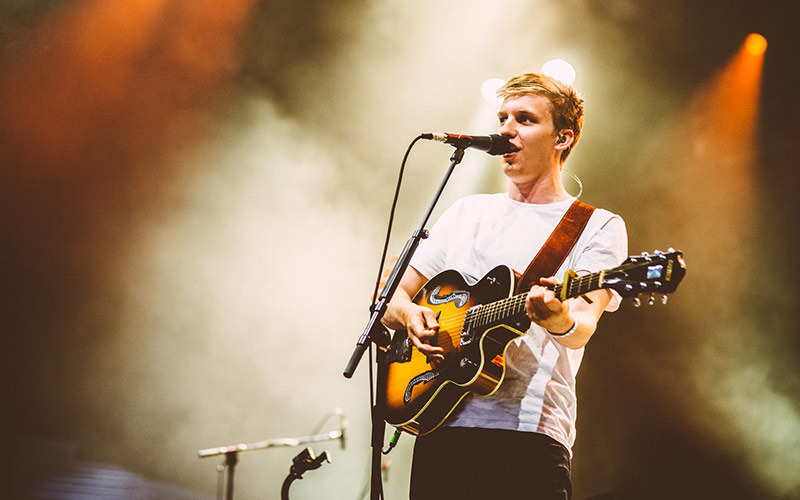 “I’m a man and I know from first hand experience that one of many things that groups of men are shit at doing is talking about feelings, emotions, stress, family issues, relationship issues etc,. Again, I don’t have all the answers but I’d take a good guess at the fact that gender stereotypes and dated expectations have a big part to play in this. ‘Stop being a girl, or ‘man up’, are things that we hear being thrown in the direction of young men from an early age.” 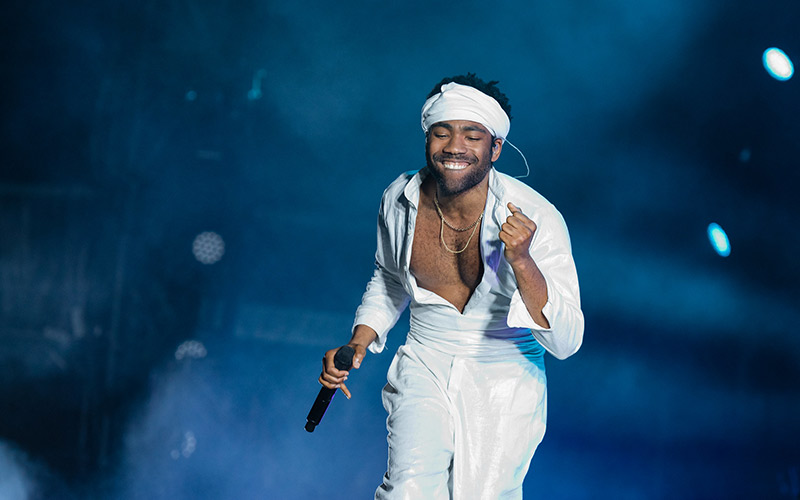 “After I came off tour… I was just super depressed. I mean, I tried to kill myself. I was really fucked up after that, because I had this girl that I thought I was going to marry and we broke up. I didn’t feel like I knew what I was doing. I wasn’t living up to my standard, I was living up to other people’s standards, and I just said ‘I don’t see the point.’” 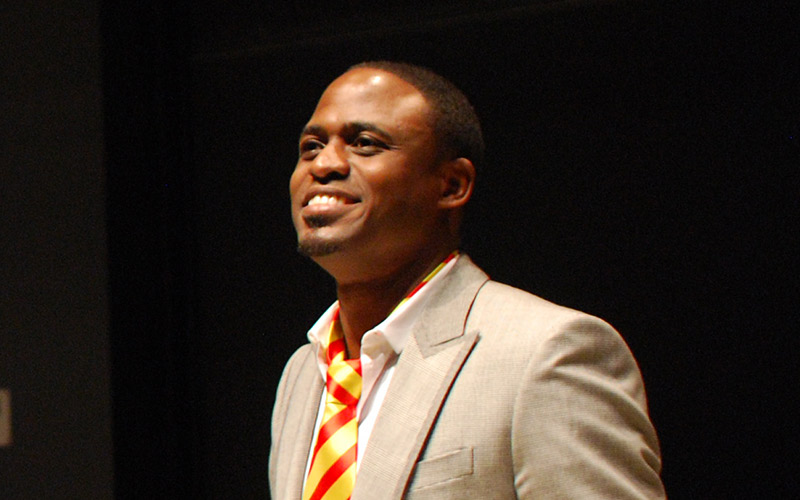 “It’s difficult for men in general, I think, because of just the way that we’re raised… We feel any of the negative emotions or that dark cloud settle on you, and you feel like you need to cry out or speak to someone about it, and, ‘Nope, I’m not gonna do that, because I’m a man.’ … What kind of man would I sound like if I told somebody, ‘Hey, I am so sad. I’m cripplingly sad. I can’t get out of bed. I just feel empty. Help me’… I’d be [seen as] some sissy. I’d be soft. That’s what you’re taught. That’s how you were programmed. And that’s what kills us.”

“Wayne Brady Speaks Out About His Depression: ‘It Ate Away at Me Daily'” 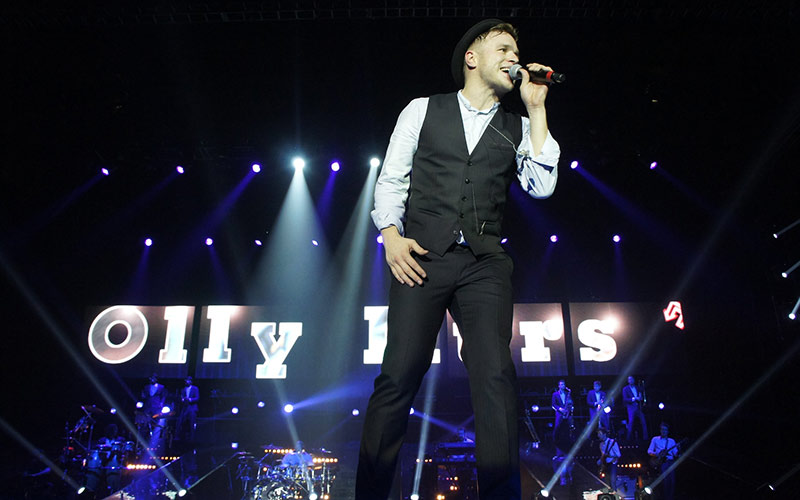 “I was doing these crazy 16-hour days, seven days a week, and the reality was I couldn’t handle it but I couldn’t admit that to myself, let alone anyone else…I was like a zombie but underneath it all I was just worrying about what was going to happen to me and I was actually depressed.”

“‘I was a zombie. Drinking too much, depressed, crying’: Olly Murs on the darker side of fame” 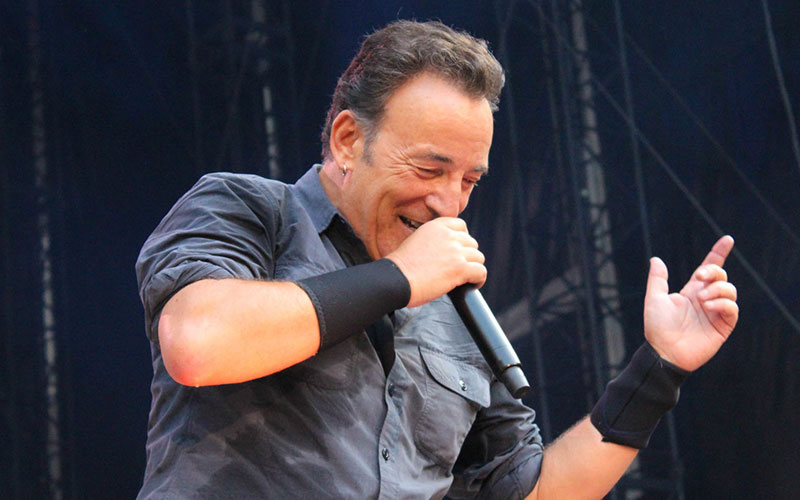 “I’ve had to deal with a lot of [mental illness] over the years, and I’m on a variety of medications that keep me on an even keel; otherwise I can swing rather dramatically and … just … the wheels can come off a little bit. So we have to watch, in our family. I have to watch my kids, and I’ve been lucky there. It ran in my family going way before my dad.”” 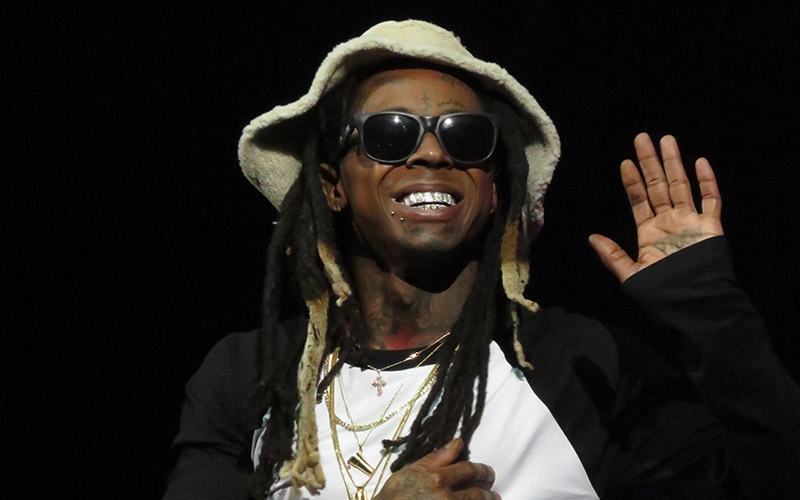 “There is no bar to measure how real [mental health] is. It’s real…if someone even has the guts, the heart, the bravery, whatever to at least admit that they have something going on up there that they’re not sure about, it’s so real that we should only react in the realest way possible.” 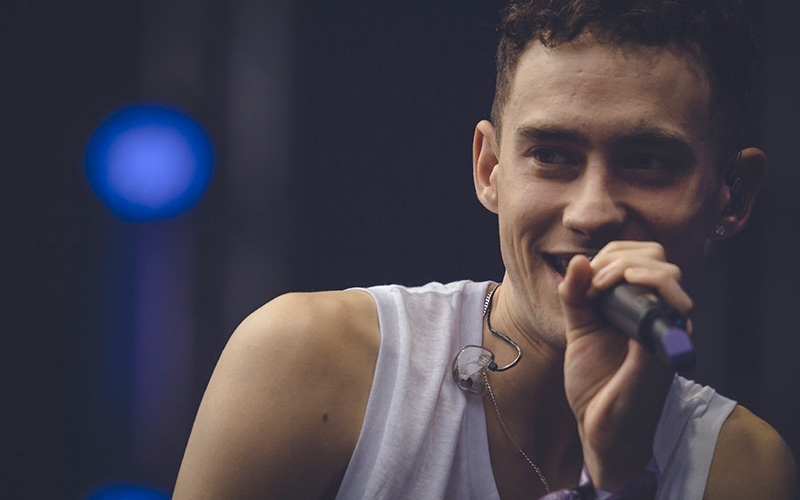 “CBT (cognitive behavioral therapy) is really helpful if you have a panic disorder or anxiety, which I was definitely experiencing at one stage. CBT does really help you try and relearn ways in which you can deal with those moments of panic or crisis. The likelihood is that you or someone you know closely will suffer from a mental health condition in your lifetime. It’s like any other part of your body – your mental health gets sick, and it needs treatment.” 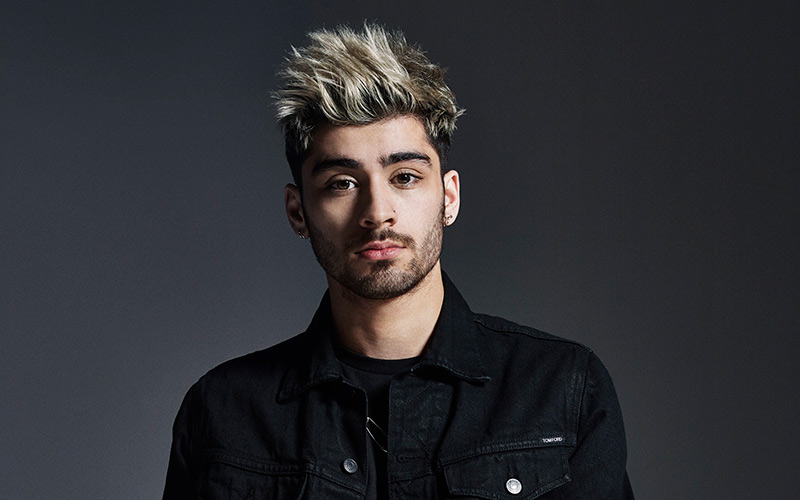 “Anxiety is nothing to be ashamed of; it affects millions of people every day. When I was in One Direction, my anxiety issues were huge but, within the safety net of the band, they were at least manageable. As a solo performer, I felt much more exposed, and the psychological stress of performing had just gotten to be too much for me to handle — at that moment, at least. Rather than hiding away, sugar-coating it, I knew I had to put it all out there.” 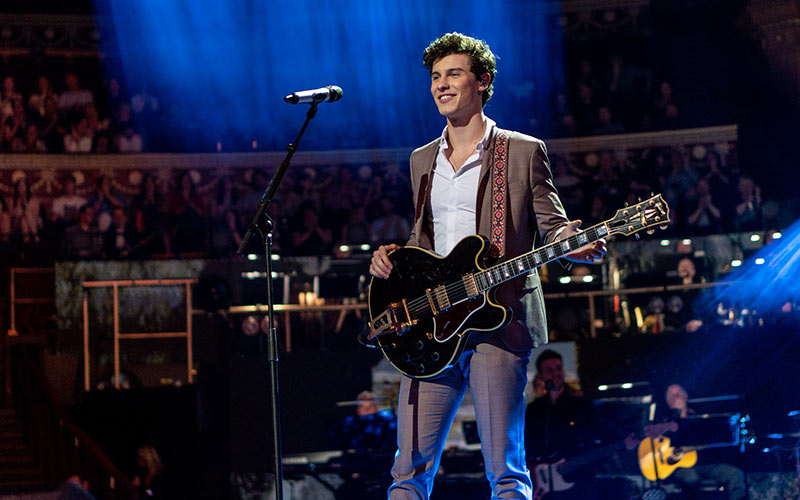 “Talking about the problem, putting it out there, was one of the scariest but most important things I’ve ever done. Just doing that helped me the most. I still struggle with it but just remember every day that everyone deals with some level of anxiety or pressure; we’re all in it together.”

Highlighting male athletes from around the globe who've spoken out about fighting depression, anxiety, and other mental health issues.

Our focus for this Men's Health Week depression photography campaign is showing men what helped the most in other men's recovery.