Isaac shares his story and how the love and support of his family inspired him to work towards recovery and to overcome the stigma of depression.

"There is always hope in the path to recovery. Don’t give up on yourself, because I haven’t given up on you." 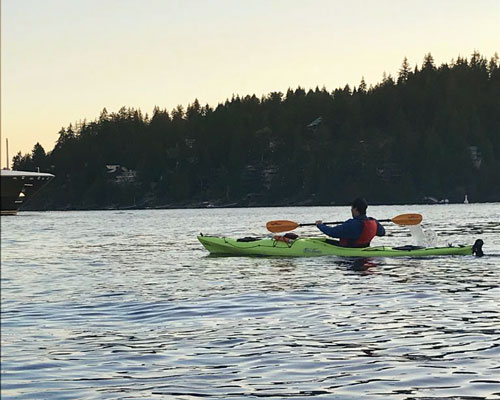 I am an avid pickleball player, studying first year law at Capilano University. I also enjoy a stimulating book with a hot cup of cocoa. I am working my way to becoming a paralegal.

WHAT WAS THE MAJOR TURNING POINT IN YOUR RECOVERY FROM DEPRESSION

My family. Without the support of my family I would have been totally and utterly lost. A few years back when I was at my lowest of lows, I tried to overdose on medication.

In the aftermath, I ran away to a river to see if I wanted to drown, my family was there. They spent half the night searching until they found me, taking me to the hospital.

It was that moment in which I realized their support was unconditional, and I used it to slowly recover, find a job, and eventually start school!

There is a major stigma in our society about males showing certain emotions. Sometimes depression makes me cry for no rational reason, and that is perfectly acceptable. So don’t be afraid to show how you are feeling, even if it is just to a close friend.

There is always somebody willing to listen to you. Most people don’t realize how many people in their life truly care about them. Counseling did wonders for me, generally there are resources out there for people who cannot afford it. It doesn’t hurt to go to an assessment appointment with a trusted friend.

I went from a major two week hospitalization in 2011, to being stable enough to not require seeing a psychiatrist on a regular basis! I still have my ups and downs, but proper sleep, medication, exercise, and diet is now enough.

There is always hope in the path to recovery. Don’t give up on yourself, because I haven’t given up on you.

Check out the other four stories, released in Oct. 2018:

When Scott began valuing his health more than entertaining other's, he began his recovery from depression, including medication, meditation, and music.

The major turning point in Andrew, a professional golfer's recovery from depression came when being hospitalized after a third attempted suicide.

Keys to Dario's recovery was depression counseling sessions, journaling, and surrounding himself with other open and honest people.