Can marijuana treat depression or will it make things worse? The two main components of marijuana are THC and CBD, both can affect your mood.

"Instead of helping, the limited evidence points to a increased risk for depression." 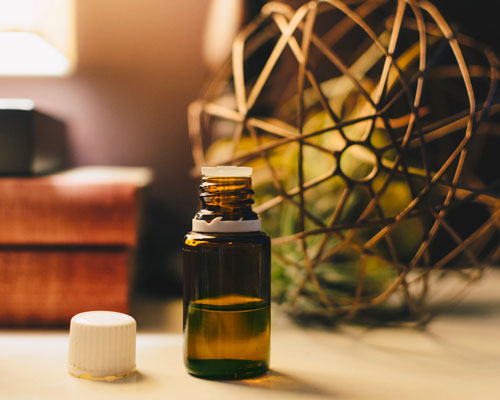 Whether you call it weed, pot, cannabis, ganja, chronic, dope, buddha, or bud, recreational use of marijuana is now legal across Canada and a number of US states.

Though recreational use in the UK, Australia, and almost all other nations remains illegal, a lot of guys – especially young men – use marijuana (smoke, oil, pills, or edibles – still illegal in Canada for several more months) to get high, lift their mood, or help relax.

It’s an interesting question, but because of its past and/or current status as a controlled substance, we don’t have a lot of quality research available. What research there is doesn’t always specify the levels or amounts of THC and CBD, varies in form or environment taken, doesn’t track long term effects, or have only been animal based research. [2][3][5]

Nevertheless, there are a few studies and reports (see below) that we can draw on. Here’s what the current evidence points to:

Short term or infrequent use of marijuana:

Sometimes levels of THC and CBD are labelled on different strains, but there isn’t a lot of oversight yet.

For long term, frequent use of marijuana:

If you are an infrequent user:

If you are a frequent user:

If you are thinking about using for anxiety or depression:

In the coming months and years, we’re likely to hear many claims about what marijuana can do. Some of its benefits are well researched with substantial supporting evidence (like for adults with chemotherapy-induced nausea, chronic physical pain, and short-term use for multiple sclerosis), but many other claims (like for anxiety and depression) are not supported by science.[4]

So if you see marijuana being promoted as a ‘natural’ alternative for many medications, be cautious and sceptical – instead of helping, the limited evidence actually points to a increased risk for depression.

Getting Through Depression after a Divorce, Separation, or Tough Breakup

Fighting depression after a divorce, separation, or tough breakup is tough. Don’t go through the breakdown of a relationship on your own.

Types of Treatment for Depression

The two most developed and evidence-based treatments for depression provided by healthcare professionals are talk therapy and medication.

I Wanted to Kill Myself, But I Survived

Ten years ago I wanted to kill myself and end my life. Sometimes we lose hope, but that doesn’t mean we lose the ability to ever hope again.