"Forget about what everyone else thinks. No one else knows how you feel or what kind of struggles you’re going through on a day-to-day basis." 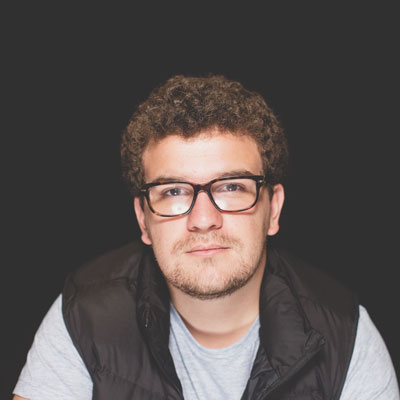 I’m a photographer and student who has been a mental health advocate for years because of my own experience, but recently I have been focusing on a project of mine called Project Pilgrim. Project Pilgrim is a Humans of New York style photography blog that’s goal is simply to get people talking about mental health.

In my second year of university I was forced to drop out of school because of the depression and anxiety I was facing. I had never felt something like that before and so I headed home from school and sought out the help I needed. I was treated with CBT (cognitive behavioural therapy) and even though I still am struggling, without that treatment I would not be where I am today.

It’s okay to ask for help

Keep talking about it

Accepting it’s not your fault

Forget about what everyone else thinks. No one else knows how you feel or what kind of struggles you’re going through on a day-to-day basis. Don’t let others put you down about your mental health issues and instead lift up others around you so that we can all begin to feel better together.

– Connor McCracken, is the man behind Project Pilgrim and is a mental health advocate based out of British Columbia, Canada