Scott, a software developer and skydiving instructor, shares his story from being diagnosed with depression to recovery and what helped the most.

"I wasn’t diagnosed with depression until I was 28. In hindsight, it’s been with me since at least as early as 16." 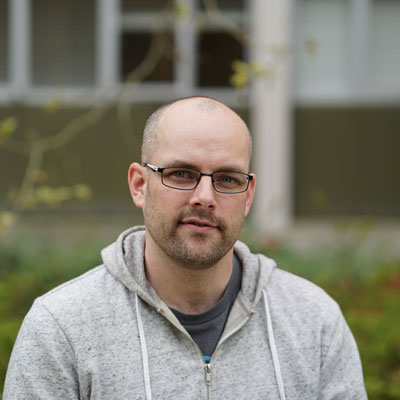 I am a 40 year old software developer and skydiving instructor. I’m married with two kids. I’ve been living with depression my entire adult life.

I wasn’t diagnosed with depression until I was 28. In hindsight, it’s been with me since at least as early as 16. It was after my girlfriend was in a car crash that my symptoms became bad enough that I decided to seek help.

Living with a mood disorder, or mental illness of any type, can feel isolating, emasculating and overwhelming. Unfortunately, the stigmas and misunderstandings that come along with mental health issues are deep in all of us. We all need to move beyond the current attitudes toward mental illness. By admitting that things aren’t ok and seeking help, you’re showing us your strength and clearing the path for others that need help.
Keep fighting, this is one you can win.

– Scott, software developer and skydiving instructor based out of BC, Canada. Hear more from Scott in his story video.

Gogan shares his story of overcoming depression, from "wanting to take my life" to recovery. Having people to open up to was a key part of getting better.

P. shares his experiences with depression and grief after the unexpected passing of his father. "Understand that addressing your emotions takes time."

Foster shares his story of becoming a mental health advocate and using art to help men with depression.