William shares his story of fighting depression to help break down the stigma that prevents many guys from reaching out and seeking support.

"Depression, and a variety of other mental illnesses, are so common that it’s absurd that there’s a still a stigma attached to them. The more we talk about it, the less stigma there will be." 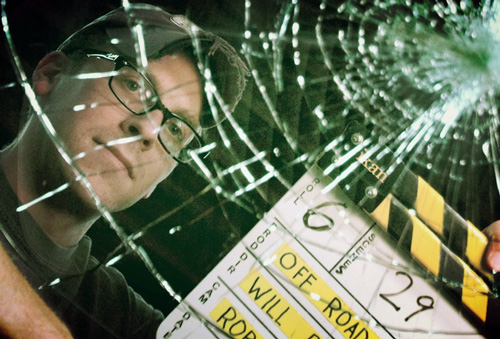 I am an award-winning filmmaker and author. My debut feature film “Detour,” was hailed as an “Underground Hit” by The Village Voice, an “emotional and psychological roller-coaster ride” by The Examiner, and nothing short of “authentic” by The New York Times. My first book, “No Alternative,” was declared, “a sympathetic coming-of-age story deeply embedded in ’90s music” by Kirkus Reviews. I also recently adapted it into a motion picture, that the LA Times calls “a remarkably assured and deeply felt grunge-era coming-of-age picture!”. It is available on iTunes and Amazon.

I am still suffering from depression which worsened after my sister passed away, and the recent death of my father. However reading through my sister’s journals, I found a sentence of her’s repeating what I once told her “My brother says I shouldn’t waste my talent.” I take this now as a message from my sister to also remind me that I shouldn’t waste my talent. I should keep making movies and art.

This encouragement is with me always, even though she is no longer here.

I encourage other men to talk more openly about the issues they struggle with. Depression, and a variety of other mental illnesses, are so common that it’s absurd that there’s a still a stigma attached to them. The more we talk about it, the less stigma there will be. We must free ourselves from this stigma by being proactive.

– William Dickerson, award-winning filmmaker and author based in Los Angeles, CA, US.

Mikul, the founder of Moodcafe, shares his story of fighting depression and how seeking out the right people to talk to help him on his path to recovery.

I started taking action and responsibility for my depression and doing something about it, as opposed to just accepting it or even using it as an excuse.

In the summer of 2013, I lost my older brother to suicide. My brother was a fighter in every sense, yet he was not ready to ask for help.